UKSEDS participated in the Big Bang Fairs and school festival. As a part of outreach programme, our stand for these events consists for space activities such as identifying meteorites from the earth rocks, display and description of our model rocket and telescope, space game called Space Invaders played using the keyboard interface created by SpaceGambit, and sumo wrestling rovers, donated by RAL Space. Following are the details of the March and June outreach events: 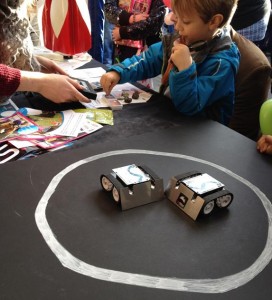 The Big Bang Fair 2014 saw a record-breaking 75,000 visitors over 4 days, attend with all ages having a great time. We’re happy to report that 93% described very good or good. Over half the key age-group of 11-14 year-olds learnt a lot, two thirds of young attendees took the opportunity to speak to someone about careers and more than seven out of ten knew where to go next for more information. 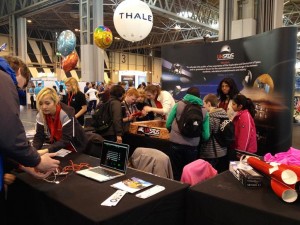 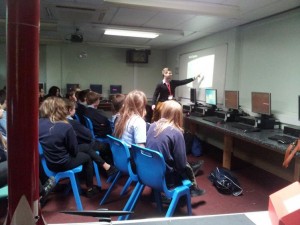 On Thursday 20th March, we went to the Market Bosworth School in Leicestershire to take part in the #TMBSYear5ScienceFairs. We presented to five classes from year 7 to year 9, talking about rocket science and exciting developments in spaceflight, as well as various UKSEDS projects involving rocketry, spaceflight and high-altitude ballooning. The pupils also got to try their hands at winning a robotic sumo-wrestling match between a remote-controlled Zumo robot and an autonomous one, which they thoroughly enjoyed. Many of the children were very enthusiastic, asking questions about subjects from space tourism to rovers to extraterrestrial toilets! It was great to inspire so many young people to find out more about space.

Thank you to the organisers for putting the event together and inviting us. As always, there will be more outreach events in the future, so get in touch if you’re interested in helping out! Credit: Rob Sandford. 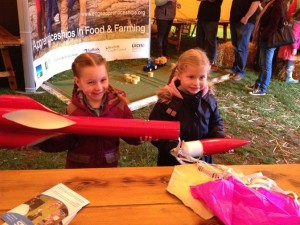 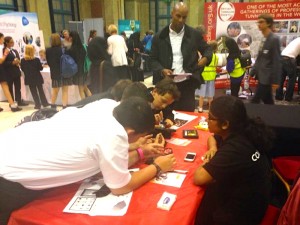 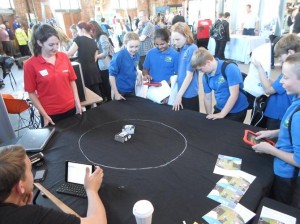 Once again, a big thank you to all our volunteers, we hope you enjoyed the experience and spread the word about our amazing outreach work to your fellow students. We need many more volunteers to get involved at future events. See our advertisement for volunteers at Loncon3 for more details.

If you would like us to come to your school/festivals or volunteer with us, then drop an email to our Outreach Officer.

For more articles and news about UKSEDS Outreach, watch this space!

← UKSEDS Alumni: We Want to Hear From You!
KSP Competition Winner Announcement →