by UKSEDS on 9th April 2015 in Events, News, Uncategorized, Workshop 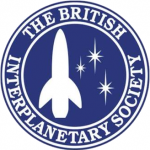 This Saturday, 11th April, the British Interplanetary Society and the University of Hertfordshire are jointly hosting a workshop titled “New Direction in Space Colonisation”, as part of the BIS’s ongoing Space Colonies  Project. The purpose of this event is to explore the viability of space colonisation in the light of emerging technologies, the existing legal framework and new ethical debates.

The day runs from 10am to 4pm, and includes talks by Jerry Stone, President of the Mars Society UK, Gonzalo Munevar of Lawrence Tech University in Michigan and several BIS members.

The full program and details of how to get there can be seen at Space Colonies Workshop April 2015.