by UKSEDS on 14th September 2013 in Projects

Delft Aerospace Rocket Engineering (DARE) is a student organisation linked to the TU Delft in the Netherlands that has existed for a little over ten years now. They design, develop, build and launch their own rockets with the goal to get students more interested in rocket science. Over the years they have worked on a number of projects, including the Dutch CanSat competition, for which they have been providing the rockets for a number of years now. Currently, most of their members are involved in the Stratos II project, which has the aim to build a sounding rocket, to launch payloads to an altitude of 50 km. The Stratos II team has been working on the technical aspects of the project for quite some time now and have recently realized a full scale test of their flight engine. (Read the story and see the videos here.)

UKSEDS may be able to provide a proposal for a scientific payload. A project would need, at a minimum, on the experiment side, very committed team members on science, electronics, and mechanics, and in addition one team member would need to be dedicated to pushing the project forward. If they can get that (preferably at one institution?) they think UKSEDS would be able to form a case that Stratos II would be able to use if they wished – please let us know more details if you would be interested in a UKSEDS payload for Stratos II 🙂 E-mail: [email protected].

Here described is information regarding the payload availability within the Stratos II rocket, the planning for these payloads, funding requirements and more detailed specifications for these payloads DARE required. 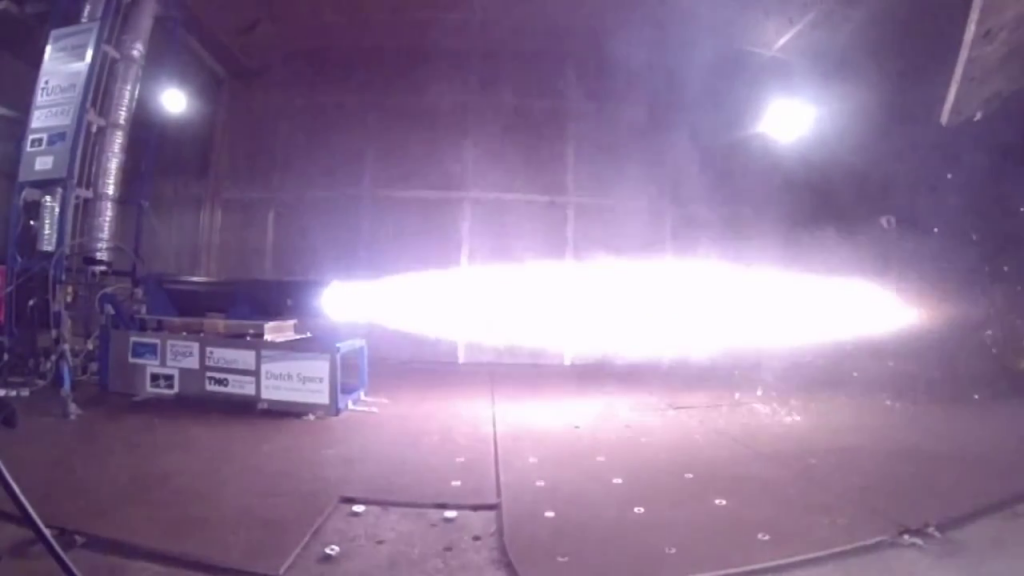 Ideas for a payload

A number of ideas have been put forwards for payloads already. These include sensor missions such as an UV sensor to detect the ozone-layer or an attitude determination system. But it is also possible to flight-test electronics that are intended for CubeSats or for other rockets.

The launch of Stratos II is planned for Spring/Summer 2014. The exact date of launch is still dependent on the launch site. Considering the current planning this would mean that the development of the payload would span approximately from now till December/January. For students this will also roughly correspond with one semester in their academic years, which will hopefully make sure it will fit more easily in their planning.

More into details, for a mission without much hardware this would mean that the definition, planning and organisation together with DARE will happen mostly in September and October. October and November will be design of the electronic circuits. December and January the actual production and testing can take place, with in January also the integration within the DARE system.

To fund the project, the group will also need to see if their university or any space related business in the UK will want to sponsor the project. Another possibility that might need to be looked at is to approach a fund called SpaceGAMBIT, which DARE and UKSEDS have been in contact with before and which looked promising.

Funds are required for the production of the actual payload and for a contribution to DARE as a launch fee for the spot on-board the Stratos rocket.

Included with this article is a document that gives a short overview of the payload specifications [.pdf]. There is some general information on Stratos II in the document, along with preliminary information on the flight profile and dimensions of the rocket. Furthermore the electronic and mechanical interface for the payloads is specified.

For more information you can also visit the DARE & Stratos II websites: http://www.dare.tudelft.nl/ and http://projectstratos.nl/.