UKSEDS committee members Joseph and Daniel were lucky enough to be able to interview Jean-Jacques Dordain, the ESA Director General, after a talk he gave at the Royal Aeronautical Society in May.

As we got set up, Joseph with the questions on his phone and Daniel with a printed copy, Dordain gave us his views on modern technology:

At one point in time, they ask me ‘How do you work?’. I took a piece of paper and said ‘this is a paper, this is a pen and this is the way I work.’ I can tell you that there are never any failures, because I have some spares.

DE: That’s really interesting, I don’t think we’ve ever met anyone who doesn’t subscribe to emails.

JJD: So obviously I have assistant control, but I am never looking myself. Some advice for you: be careful, because computers are preventing the human relationship. I have a lot of young colleagues at ESA and I complain to them, that they are talking to their neighbours, but they don’t even walk 10m to talk to them! 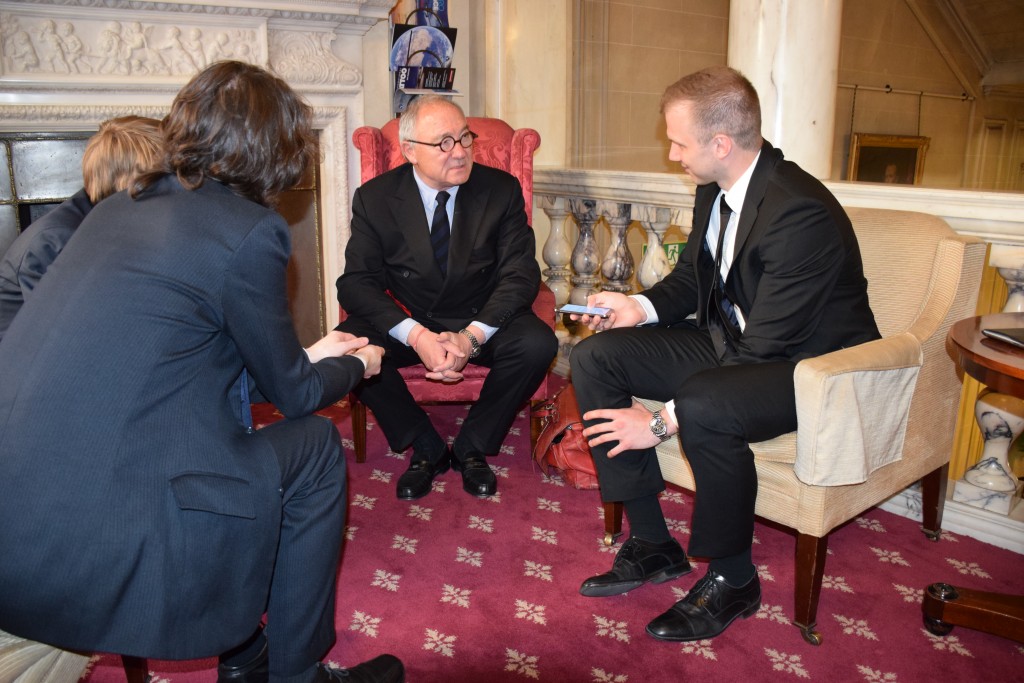 DE: Let me ask where you started your career, and whether you’ve ever considered leaving it for anything else?

JJD: I entered secondary school on the 1st October 1957 [3 days before the launch of Sputnik] and I got my engineering degree on 29th July 1969 [the day Armstrong walked on the moon].

When you are between 10 and 22 years old and almost every week there is new progress in space exploration – Sputnik, Gagarin, Neil Armstrong and between that all the Apollo missions as well… I never thought to do something other than to work in space. I was in the right place at the right moment, but I was ready to do almost anything. I was among the first five French candidates selected to be an astronaut. I was ready to be director general when the position was open. I could have done a lot of other things, provided it was space. I was lucky – I have never had to choose.

DE: What do you think would be an important skill for a future space engineer or space scientist – something that our members might not expect?

JJD: I don’t know – I think we need so many different technical experts. With the widening of the type of activities at the ESA, we need mechanical engineers and we need thermal engineers/ Maybe one particular expertise that we are still missing is information technology. We have much better mechanical engineers than IT engineers.

But there are, in my view, two conditions: firstly, as I said, the human expertise, because you have to understand your neighbour. Otherwise, forget communication. That is certainly something that is very, very important. And number two: enjoy. The worst is to have a boring life. You can be the best expert in the world, but if you are not passionate, don’t go to space.

If you are passionate, space is for you.

JD: What would you say the long term future of space collaboration is? We’ve got NASA, the Chinese, the Russians and Europe. Are we going to end up with a global collaboration? 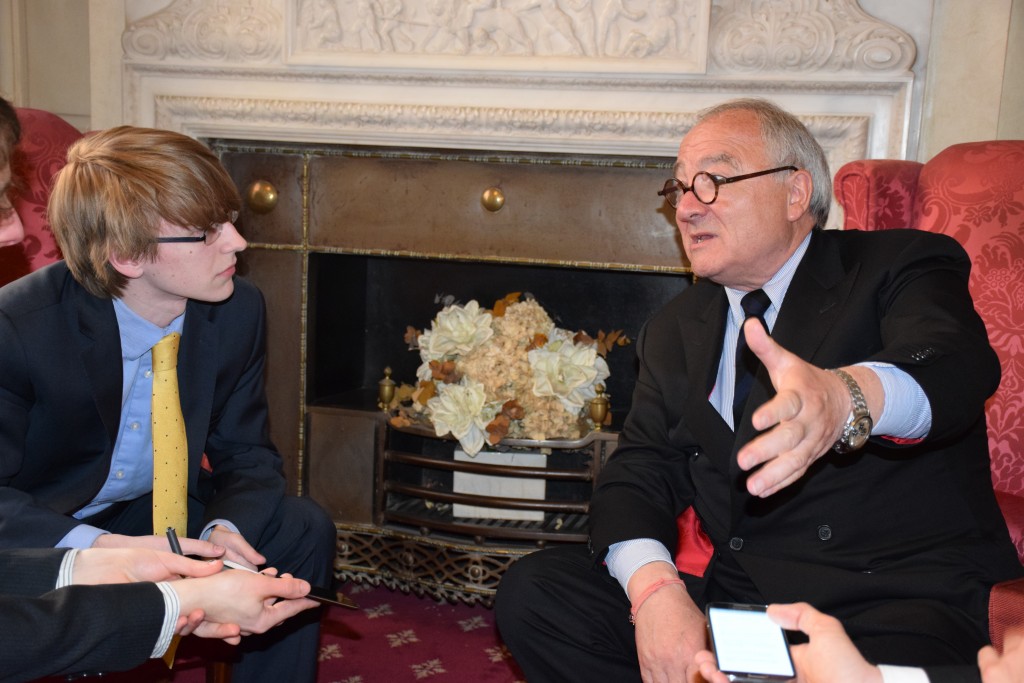 DE: That relates to another question we had: do you think that Europe can play an important role in manned missions; could the first astronaut on Mars be European?

JJD: We should work together. Why should Europe be autonomous for human spaceflight? Again, you have to realise, you were not born – but myself, I have known a world where human spaceflight was the heart of the competition between the West and the East. But in ‘69, the day the US flag was on the moon, the competition was over. The US had won. Then no-one was interested any more, because we knew the winner.

The only human spaceflight program is the International Space Station, so why should Europe take the flag? Europe must take its place in the global cooperation, but we have to share.

DE: Do you think there could be a Chinese-European Space Station at some point?

JJD: Not for me, no. I am not looking for a Chinese-ESA, what I am looking for is to cooperate with China, to make sure that China will become part of the partnership with the US and Russia and Japan.

Today, I am the only one really able to work with the Chinese. Russia is ready to work with them, but they are traumatised by their previous cooperation where the Chinese have copied a lot of Russian technology. The Russians, they are a little bit pissed off! Ourselves? We are naive, so we are more open to cooperation. But this is more to establish a connection with China, to integrate them into the partnerships with others and to make them sign up to a mission with China. I hope that an ESA astronaut will fly on the Chinese Space Station, I am working on that.

DE: Finally, allow us one question about your past

JJD: My past? Nobody is interested in my past.

JD: Many of our student members are keen to be astronauts – they are among the 8000.

JJD: I wish, I wish I had not give up. When I am asked, “What do you want to do after you leave ESA?” – I will share with you my dream. It is to make $40 million, and buy myself one week on board the space station. I have told my colleagues, Charlie Bolden and Monsieur Komarov [administrator of NASA and director general of the Russian Federal Space Agency, respectively] that my dream is to buy one week on board the space station.

Nobody is asking me, do I dream? 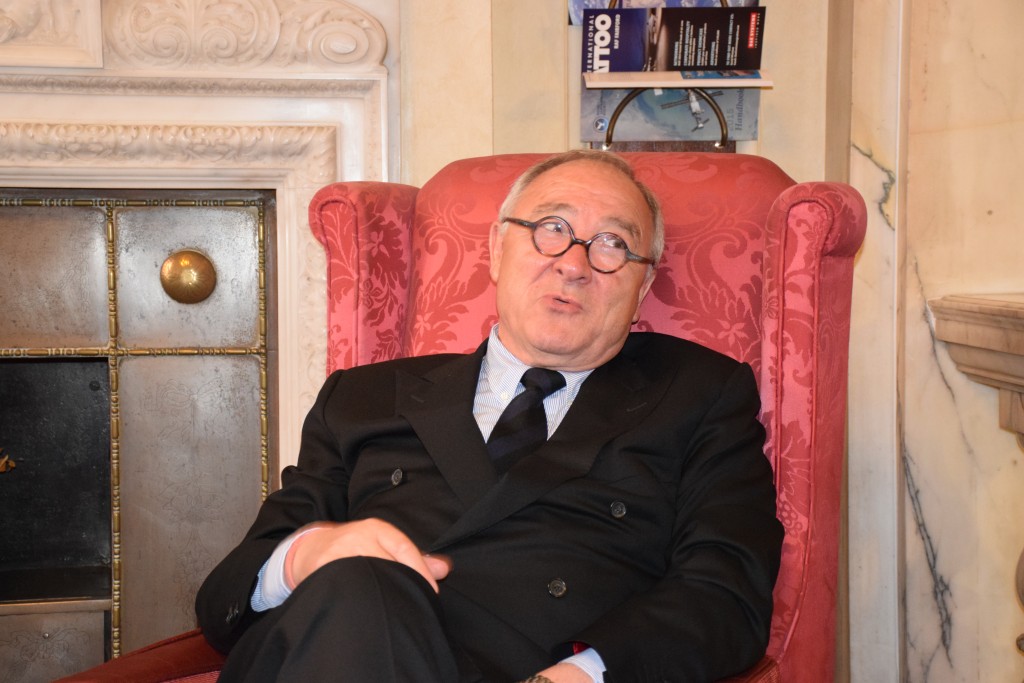 JD: Would you like us to ask you those questions?

DE: Is there any chance you could tell us about the application?

JJD: It was a fantastic experience. In 1977, it was the first time that the French were trying to select astronauts, meaning that the examiners were discovering everything at the same time as the candidate. It was almost a partnership between the examiners and candidates. It is the only time in the history of astronaut selection, where the candidates were offered an aerobatics flight in a jet by the French air force. At least for that, it was good to be a candidate. After that, I because an amateur pilot.

It was an absolute pleasure to interview Mr Dordain, and we’d like to wish him luck with his bid to find  $40 million and spend a week on the ISS.
We’d like to thank Laura Dowling and the RAeS team for making this interview possible.