by TeeJay Taiwo on 2nd November 2017 in Projects, Rocketry

We are happy to announce the winners of the fourth UKSEDS National Rocketry Championship: Team SPARK from our branch SPARK from Keele University. Their rocket named ‘The Flying Squirrel’ flew on a Pro Cessaroni G250-Vmax and reached an altitude of 227m. They also designed a 3D printed fin can which included three rotating cylinders to produce a Magnus effect to convert the energy of the air moving past their rocket to generate a greater thrust, see some videos of them testing it out below.

If you would like to take on the challenge join the National Rocketry Championship today! 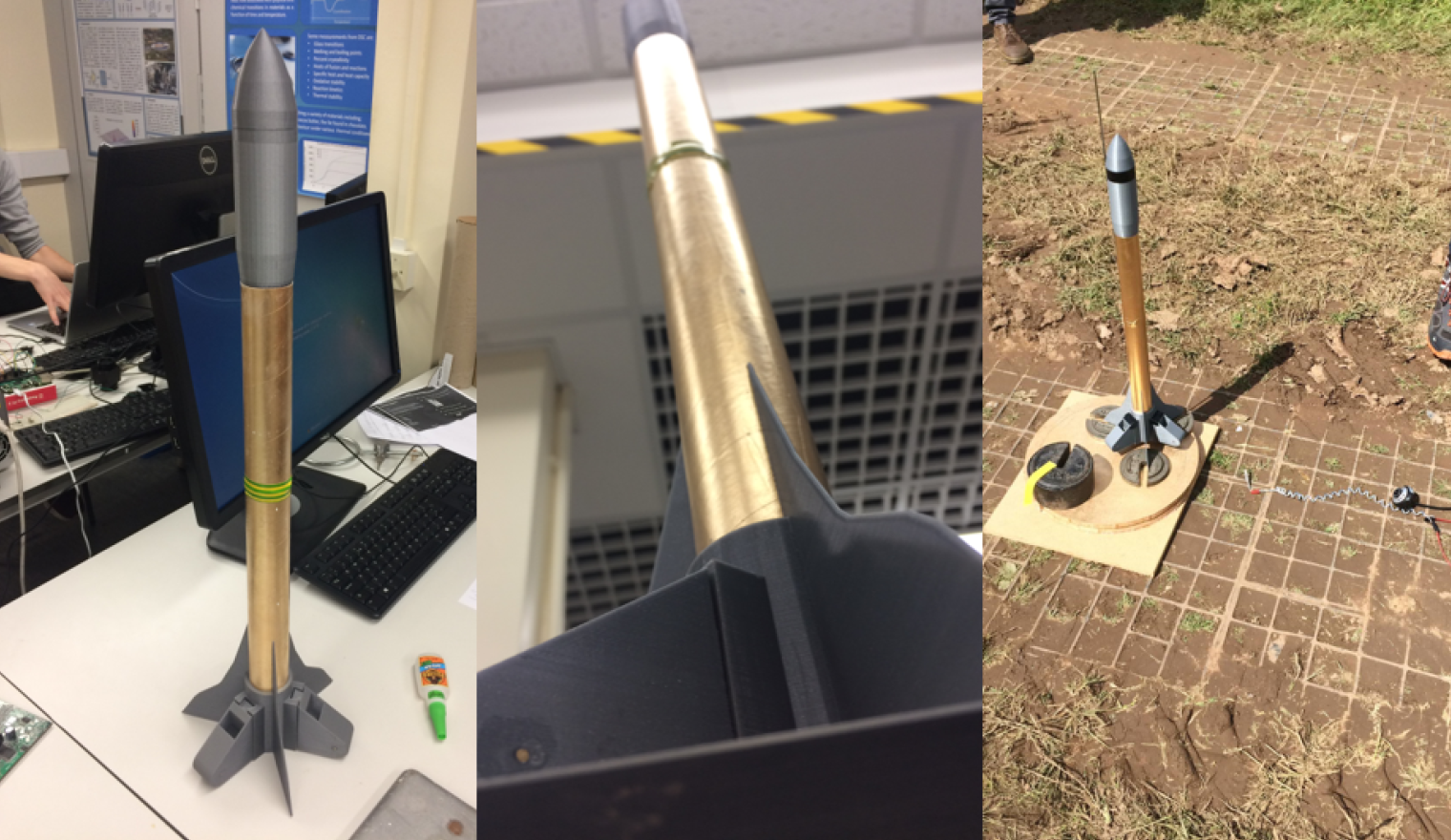