At the National Student Space Conference last weekend, UKSEDS announced and presented the winners of the National Awards 2016. 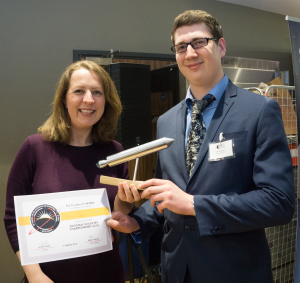 Project of the Year

The winner of this category was our Surrey EARS branch with their Makerspace project. They have created a space within the University of Surrey to make things, with facilities for 3D printing, CNC machining and electronics production. James Telfer collected the award on behalf of Surrey EARS. 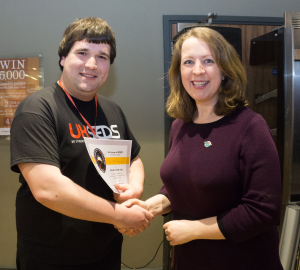 Branch of the Year

AstRoSoc Leicester have been named the branch of the year, for their range of activities. They have two major projects, Project Aether (High Altitude Balloon) and Project remote (Radio Telescope), and provide their members with a whole host of social and training activities across the year. They also volunteered at the Principa launch event at the National Space Centre. 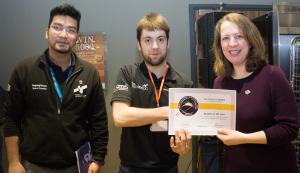 Member of the Year

The Member of the Year award goes to a UKSEDS member who has made an exceptional effort to fulfil the objectives of UKSEDS. Charlotte Bouldin, the 2016 winner, has been heavily involved with both the UKSEDS careers team, and her local branch, AstRoSoc Leicester. 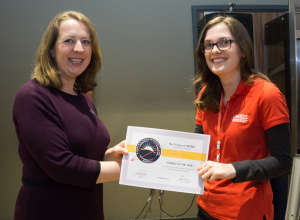 The UKSEDS team decided to award Tim Peake the Outreach Ambassador prize, given his incredible outreach efforts for his Principia mission. Unfortunately he was not able to be with us at NSSC2016, because he’s in space (best excuse ever), so Joseph Dudley (Chair) awarded his certificate to Libby Jackson of the UK Space Agency on his behalf. 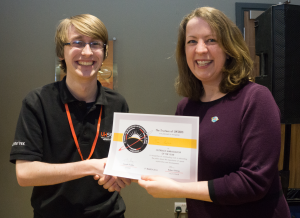