by UKSEDS on 22nd January 2016 in Branch, Branch Spotlight, Ecliptic

As a new feature for 2016, we’ve decided to try and give you a bit more insight into the various branches we have up and down the country – hopefully this will keep you all a bit more aware of the network you’re involved in, and maybe even inspire you with new project or social activities! We’re hoping this will also be a great way to celebrate the acheivements of our various member branches.

As well as carrying out the role of PR officer for UKSEDS this year, I’ve also been president of the brand new Space:Exe society in Exeter, so I thought this would be a great place to start with the spotlight feature!

Although this is the first official year for the Space:Exe society, the story starts back in 2012, when Damian Rumble and Freya Aldred initially proposed the XRT-C project. Some of you will have come across this already: it’s been featured on the UKSEDS website a couple of times before. The idea was to build a radio telescope that would actually be able to perform new and interesting science, on a reasonable budget – ideally less than £10,000. This was both a proof of concept that novel science could be carried out at small scales, and a great way of getting science out to the local community. 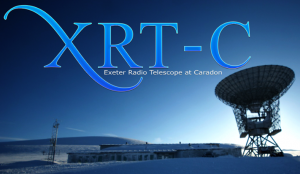 Last March, we decided we’d like to expand the project into a full student society, and had our first ever AGM where I was lucky enough to be elected president. It’s been surprisingly tricky starting a society – we had to figure out how to affiliate, be interviewed by the student’s union about our idea, think about a constitution, figure out how to do risk assessments, persuade freshers to trust the brand new society, and decide as a committee what we want our society to be like and how to get there. I feel like we’re finally finding our feet though, and listing our range of activities for this post I’m surprised how much we’ve achieved!

We’ve been continuing the telescope project, and are nearly done – it’s been amazing to see the hard work of the last few years close to paying off! We’re now planning our next project: it’s on a slightly smaller scale, but we’re planning to launch a High Altitude Balloon and measure the CO_2 profile of the atmosphere. 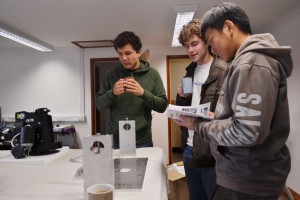 We’re also running fortnightly socials, which we’d never done for the telescope project, which have been great fun – the social secs have been wonderful, and have organised everything from observing nights out behind campus to space-themed baking!

It’s certainly been a challenge to start a society from scratch, but it’s been really good fun, and I’m looking forward to the final term of my presidency and to seeing where next years’ committee will take the society! If you’re considering starting a branch at your own University, I’d definitely encourage you to do so!

To see your branch featured in our monthly spotlight, email [email protected].