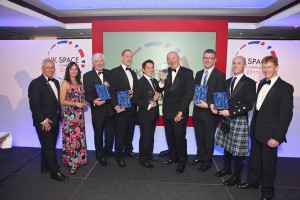 Nominations are now open for the Sir Arthur Clarke Awards 2012.

In recognition of notable or outstanding contributions made to all space activities, the Sir Arthur Clarke Awards have been presented annually since 2005.  In the past the Award Ceremony has been an integral part of the UK Space Conference, but as the Conference is now held every other year, to avoid conflicting with the Farnborough Air Show, it has been decided to go ahead with this year’s “Arthurs” Awards to provide complete continuity.  The Award Ceremony will take place at a lunch in the House of Lords in October.

There are 7 categories so if you wish to nominate please select the appropriate category and the reason for the nomination. The details and nomination form can be found on the link below: