by UKSEDS on 1st August 2012 in Events, International 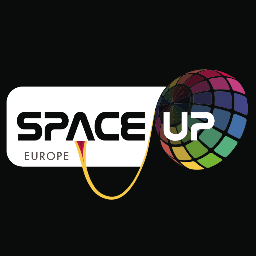 A group of amateur yet dedicated space fans are attempting to bring the successful unconference tradition of SpaceUp to Europe in September this year.  It will be held during the weekend of 22 & 23 September 2012 at the Cosmodrome in Genk, Belgium.

If you are less familiar with SpaceUp or unconferences in general, more details can be found on the SpaceUp page, Wikipedia, or UnconferenceNet.  In general, an unconference has no pre-set agenda and there is no clear distinction between spectators and speakers.  All attendees are encouraged to give a demo, present a talk, or participate in a panel or round-table.  It’s a very interactive/interpersonal format.

SpaceUp is the ultimate space unconference and has developed into an established event in the U.S. We hope that SpaceUp Europe will be the start of a respective franchise also on this side of the Atlantic and provide a forum where representatives of space organisations, space industry, scientists, students, professional and amateur astronomers, and space enthusiasts around the world will exchange and further new and exciting ideas on how Space exploration and exploitation can advance in the next decade.

SpaceUp Europe is endorsed and supported by the European Space Agency (ESA), and the German Aerospace Centre (DLR), who are actively promoting the event and are expected to be represented by 3-4 participants each.

Participants can expect a great deal of echo/promotion:

The program for the weekend also offers many networking opportunities to participants, such as a dinner organised on Saturday evening, a planetarium projection show and a chance to visit the on-site Observatory and, if weather permits, a Star Party at night.

Please note that registrations are open and that there is an early registration discount offered until 7th August.