by UKSEDS on 23rd June 2016 in Uncategorized

Today is National Women in Engineering Day. Here at UKSEDS, we’re lucky to have some great engineers on our team, all of whom give up their free time to make the organisation as great as it is. Have a read about who they are and what they get up to below! 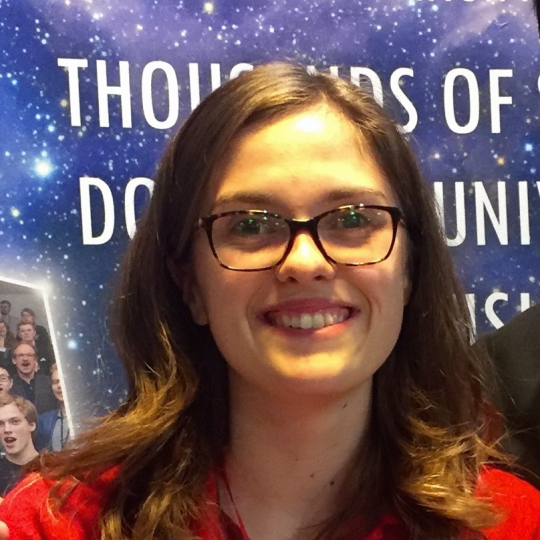 Charlotte Bouldin is a Physics with Space Science and Technology student at the University of Leicester, she is currently completing a Year in Industry working in Integration and Systems Validation.

Charlotte has been involved with UKSEDS for 3 years, previously as a member and Events Officer of AstroSoc, the University of Leicester’s UKSEDS Branch, and has now been on the UKSEDS careers team for just over a year. Charlotte has also participated in a number of outreach events to promote space exploration and STEM subjects including the Science Museum Principia Launch event, the Big Bang Fair and BBC stargazing live. 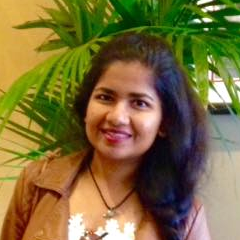 Born and brought up in Mumbai, India, Samiksha was inspired by space exploration since the age of 10, by role models such as the late APJ Adbul Kalam and the American-Indian astronaut Dr. Kalpana Chawla. She went on to study an integrated undergraduate and masters course of MEng Space Systems Engineering at the University of Southampton, UK. She has held both the Outreach and Projects Officer positions in the UKSEDS committee, and is now outreach & projects point of contact for UKSEDS in the Netherlands. 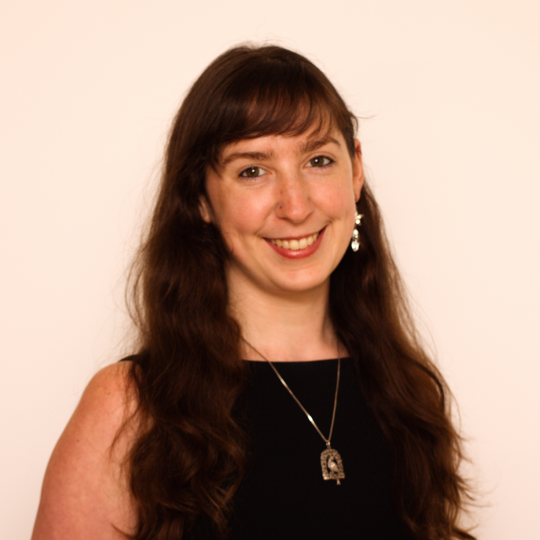 Ciara McGrath is a PhD Student at the University of Strathclyde, Glasgow. Originally from Ireland, Ciara moved to the UK in 2009 where she studied Aero-Mechanical Engineering at the University of Strathclyde, and went on to graduate with an MEng with Distinction. She is now studying for a PhD, and her research focuses on analysing constellations of small satellites and improving their manoeuvring capability in order to respond to real-time events on the ground.

Ciara has been involved with UKSEDS since 2010 and is currently Treasurer. In this time she has assisted in the thermal analysis and design of UKUBE-1, Scotland’s first satellite; represented the UK at the European Interparliametary Space Conference in Brussels; won the AAAF Gold Medal at the International Astronautical Congress 2014 Student Prize Paper Competition; and spent 4 months working at ESTEC – the European Space Agency’s centre for research and technology development. She has just been awarded a Fulbright-Schuman grant to spend four months as a visiting researcher at MIT, the birthplace of SEDS. 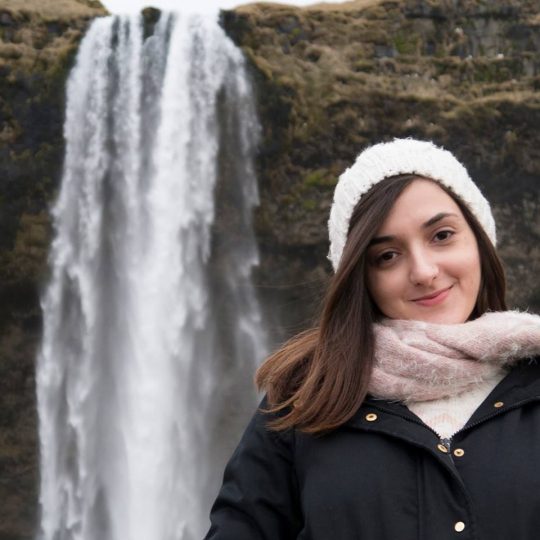 Maria Onoufriou is an undergraduate student at the University of Surrey. Maria is originally from Cyprus and in 2012 moved to the UK to study. She is studying for a Bachelor’s in Mechanical Engineering and she is currently completing a placement year at GE Aviation, where she has been working as a stress analyst intern. This job has focused mainly on the Airbus A350 wing fixed trailing edge. Her job is to perform both static and fatigue analysis on structural composite panels and metallic components like hinge ribs. This summer she will be completing a summer internship at the Surrey Space Centre.

Maria has been involved with UKSEDS since 2014 through EARS (Electronic and Amateur Radio Society), the Surrey University UKSEDS branch. She is currently EARS’ treasurer. In 2016 she got involved with UKSEDS more directly by joining the outreach team; where she has been both organising and attending outreach events. 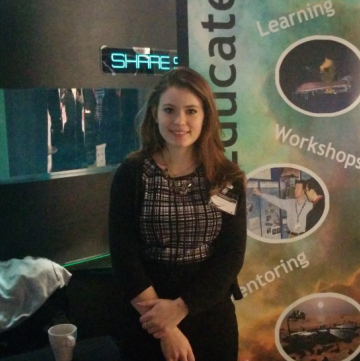 Portia Bowman is a Space Systems Engineer at Thales Alenia Space UK (TAS-UK). She studied Physics with Astrophysics before going on to complete an MSc in Space Exploration Systems at the University of
Leicester. Portia started working at TAS-I in Feb 2015 on the CYGNUS Pressurised Cargo Module and Exomars 2018 programmes before moving to TAS-UK in 2016.

Portia is an executive committee member and trustee of UKSEDS, and she leads the careers related activities; in particular the development of spacecareers.uk. Before joining the national committee in 2014, Portia was on the committee of the Leicester branch, AstRoSoc, for three years.