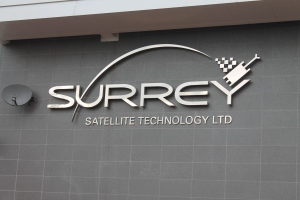 Picture of SSTL logo at front of Kepler Building, SSTL.

UKSEDS members were pleased to attend a tour of Surrey Satellites Technology Ltd (SSTL). Members of UKSEDS met at the site in Guildford, Surrey on 26th April.

Unfortunately we were not permitted to take photos inside the buildings themselves.

We were given an overview of the company, along with SSTL’s missions – those launched, those and those currently in development and manufacture, as well as careers at SSTL including their Graduate Development Programme.

We were told of the news of STRaND-1 – the world’s first “phonesat”; a nanosatellite carrying a smartphone (Google Nexus One) built in engineer’s free time and using advanced commercial off-the-shelf components.

Many images taken by satellites built by the company were on display throughout the buildings, many which can be viewed here. For example, NigeriaSAT-2 took a rather “familiar” image of the East-End of London, below. 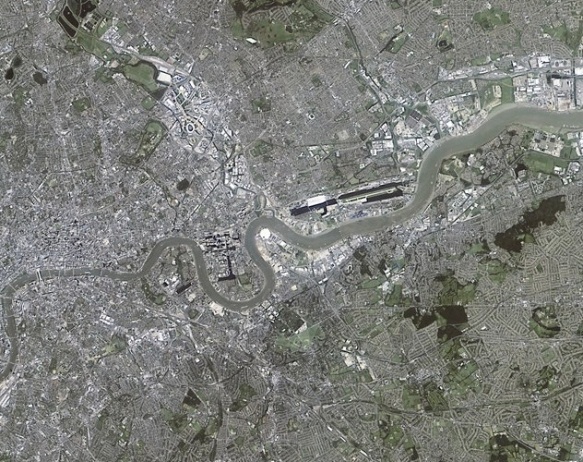 Acquired by NigeriaSat-2 a few days before the Olympics 2012, this image shows the East End of the city of London including the Olympic Park to the North of the Thames, London City Airport, London’s flood defence – the Thames Barrier, and the Millenium Dome.
Credit: NASRDA

We were given a tour around Tycho House which accommodates the company’s mission analysis, engineering, project management, operations and administration teams. We could see their Mission Control Centre where in-orbit operations are performed.

Adjacent to the Tycho Building is the Kepler Building, SSTL’s technical facility which houses SSTL’s cleanrooms, test facilities and laboratories. Unfortunately the first Galileo satellite, just ready for transport to ESA was hidden away from public view on our visit. Later this arrived at ESA for space testing.

← SGAC’s “Find An Asteroid” campaign — be part of the UKSEDS team!
UKSEDS in Coventry and Exeter: Outreach Travels the Country →