On 26th October, UKSEDS Committee attended the prestigious Sir Arthur Clarke Awards. These national awards provide recognition for those who have worked for the advancement of space exploration. During their seven-year history, they have become known as the space equivalent of ‘The Oscars’. 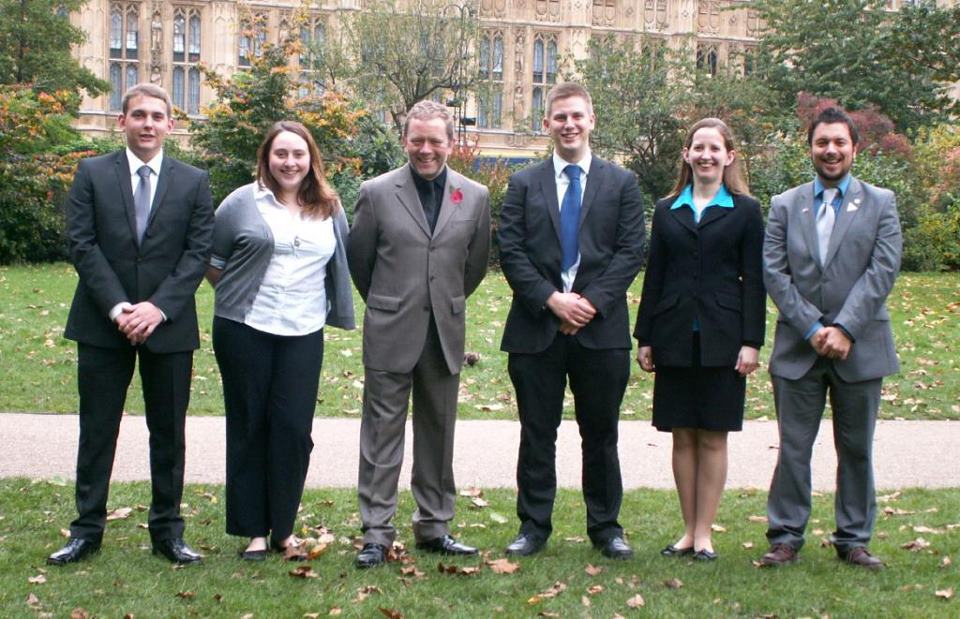 Each year nominations are made by the public and winners are chosen by representatives of the space industry, research institutions and universities, and space-related organisations.

Attended by leading figures from the British and wider international space community, the ceremony honoured the following people/groups:

SSTL NigeriaSat-2 Team – Best Space Activity (Industry/Project)
SSTL is the global leader in provision of low-cost space systems to ‘space developing nations’. In 2011, SSTL’s most advanced satellite to date, NigeriaSat-2, was launched, representing the first flight of SSTL’s high performance EO platform with many technological advances implemented as part of the programme.

Professor Ian Wright and the Rosetta Ptolemy Team – Best Space Activity (Academic Study/Research)
Ian Wright and his team have taken a piece of equipment – a highly sensitive mass spectrometer which normally fills half a laboratory – and have engineered it into a shoe-box sized space instrument for the ESA Rosetta mission. They have fine-tuned this highly complex instrument through a series of in-flight operations and have activated it with an enormous amount of skill at the Rosetta flyby of asteroid Lutetia. This resulted in the publication of results which show the possible first in-situ detection of asteroid outgassing.

Heather MacRae – Best Space Education (Outreach)
Heather MacRae has worked tirelessly with many organisations to expand the UK’s participation in Mission X: Train like an Astronaut. Her work with schools has inspired them to use space as a context to teach different topics. In some cases, the curriculum for a year group has been oriented around using space to inspire.

Space Boffins – Best Space Media (Broadcast/Written)
The monthly Space Boffin’s podcast has secured space professionals with a wide range of backgrounds. Their relaxed but inquisitive style has ensured that despite the high profile of the guests the topics that are covered can be fully understood by all listeners.

Paul Money – Lifetime Achievement
One of the UK’s most accomplished amateur astronomers, Paul has worked tirelessly for many years to promote astronomy, giving lectures to both keen astronomers and the general public.

The Winners of the Sir Arthur Clarke awards are individuals, teams or organisations that have originated in, or have strong links to, the United Kingdom, or have contributed to or benefited the national space sector in some capacity.

Alistair Scott, President of the British Interplanetary Society said, “The British Interplanetary Society is delighted to see the Sir Arthur Clarke Awards taking their place in the busy ‘space’ calendar and are pleased to be administering the judging process once again. We must thank everyone for their support and encouragement and congratulate all the winners of the 2012 awards.”

Presented every year since 2005, the awards are sponsored this year by Reaction Engines Limited, the UK Space Agency, Inmarsat, The Arthur C. Clarke Foundation, The British Rocketry Oral History Project and the British Interplanetary Society (BIS).

At the end of the proceedings Lesley and David Wright who had founded the awards in 2005 and run the award ceremony every year since then, handed over ‘ownership’ of the Awards to the Arthur C. Clarke Foundation. Finally, Jon Culshaw seized the moment to present a special award to the Sky at Night team in celebration of their 55th anniversary.

← Space Generation Congress
“Would you go on a one-way trip to Mars”? →