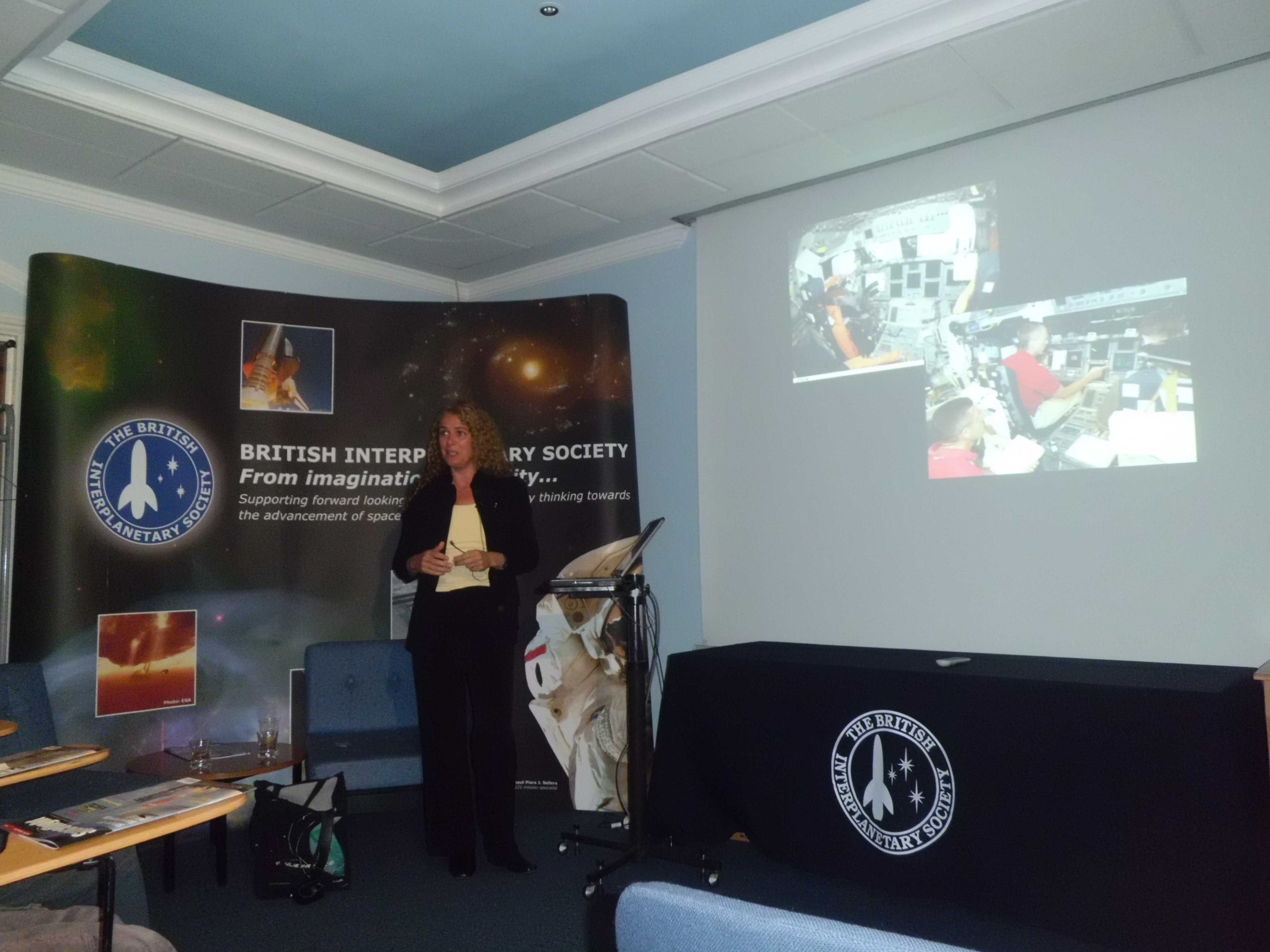 UKSEDS members visited the British Interplanetary Society (BIS) HQ in Central London on 02/08/12 to listen to a talk by Canadian Astronaut Julie Payette: “The Earth from Above: An Astronaut’s Perspective”.

Julie has followed a glamorous career. Following a very successful academic background as a Canadian Engineer, she joined the Canadian Space Agency (CSA) in 1992 and has once each on Space Shuttles Discovery and Endeavour during missions STS-96 and STS-127, respectively. For this latter mission, Julie also held the prestigious rank of Flight Engineer – the highest a non-US citizen can attain.

Since retiring from an active career as a CSA astronaut, Julie remains head of the Canadian Astronaut Office and has been active in promoting Canada during the Olympic Games.

This brought Julie to London in support of the London 2012 Olympic Games. During her visit to the UK, she took time out to deliver her lecture to an enthralled BIS audience.

During her lecture, Julie’s charisma and skills in public speaking shone through as she gave a very dynamic and engaging presentation – showing her passion for her work and what she believes in. The talk consisted of a series of photos, first showing Julie and fellow astronauts training and operating in the ISS. Matters such as how astronauts exercise, sleep and move around the ISS were all discussed.

The talk then moved onto a somewhat deeper topic – Julie highlighted the unique perspective you gain from space and how we should be aware of the future of our planet. Global warming predictions were a big topic on the agenda.

Julie then went on to show the audience photos of various countries and landmarks,discussing how things looked from space. She also explained how the Wall of China is *not* the only thing visible from space, quelling this popular misconception.

Julie’s key advice during the lecture for all those interested in space is to study hard, enjoy what you do, choose sensible academic subjects and “be all you can be” in life.

Following the lecture, Julie kindly waited to meet and greet all BIS members in person, taking photographs and signing autographs for all present.

All in all, a great evening out – a fantastic opportunity to both soak in the London 2012 atmosphere and learn some useful lessons from such a charismatic, successful and inspirational speaker.

← From Imagination to Reality
New issue of Ecliptic →