The European Aerospace Students Meeting (EASM) for Experimental Rocketry, the first event of its kind, was recently held in October. Groups of students from across Europe attended the course hosted in Milan, to learn and discuss developments in the field of rocketry. This event was hosted by the Skyward Experimental Rocketry team from Politecnico di Milano. It provided an opportunity to speak with European industrial representatives and began to lay the foundations for the future of student rocketry in Europe. 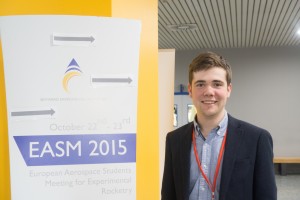 There was also another reason for UKSEDS attendance at this meeting – the kickstart of a European-wide Rocketry Competition. As you may be aware, UKSEDS has held an annual rocketry competition (the 2015-16 edition is now underway) for its student members, which has been increasing in size year on year. The European Competition will pit the finest student rocketeers from across Europe against each other, with much more advanced and challenging rockets than the UKSEDS National Championship.  A selection of European student groups, including UKSEDS, have formed a committee to create the rules and organise this competition, which is to begin in Autumn 2016. The hope is for at least one UK team to enter the inaugural competition, with many more taking part in the future.

After speaking with aerospace students from other countries, it became apparent how many of the challenges faced when launching rockets are common for all, regardless of skill level or experience. Some teams were able to boast target launches to 42km and beyond, others, their skills in hybrid rocket technology or potentially revolutionary launch styles. However, despite my relatively miniscule knowledge of rocketry, I felt at no point threatened or intimidated by these enthusiastic people. When it came to formulating ideas for the competition itself, suggestions were made by all teams to build a unilateral agreement. 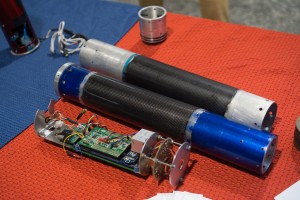 EASM 2015 was a huge success. I would personally like to thank Skyward for their tireless effort put into running this event. I’d urge you to get involved in activities like this, conferences and competitions, across the country and, if possible, across Europe too. Meeting people you would otherwise never get a chance to speak to brings about new opportunities and could open doors that would otherwise never been considered. Keep an eye out for further news on the rocketry competition; keep in mind it is still in preliminary stages, but watch the skies.