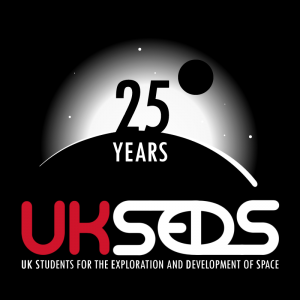 UKSEDS was formed in 1988 as the UK chapter of SEDS, the world’s largest space enthusiast organisation for both school and university students. SEDS was founded in 1980 by students at MIT and Princeton University and now has more than 60 chapters worldwide.

In 2013, UKSEDS celebrated its 25th anniversary, and we’ve got in contact with former committee members who told us a little about UKSEDS’ story.

Dr Chris Welch, UKSEDS Chair 1993/94-1994/95, now Vice President of the BIS and Director of Masters Programmes at the International Space University (ISU), remembers his first interaction with SEDS: “My first knowledge of SEDS and ISU both came in October 1987 when the IAC was in Brighton. I was a Ph.D. student at Cranfield at the time, and decided at the last minute to go to the congress. This was quite an epic IAC as the ‘hurricane of 87’ hit the south of the UK, effectively ending the event and trapping all the delegates in Brighton until electricity, road and rail links could be restored. It was at that time that I first met Peter Diamandis and Todd Hawley, who told me about SEDS, the Space Generation Foundation and their plans for ISU. I was hooked on the ‘ISU project idea’ right away – and still am. I also met Julia Hunter and Jerel Whittingham for the first time.” 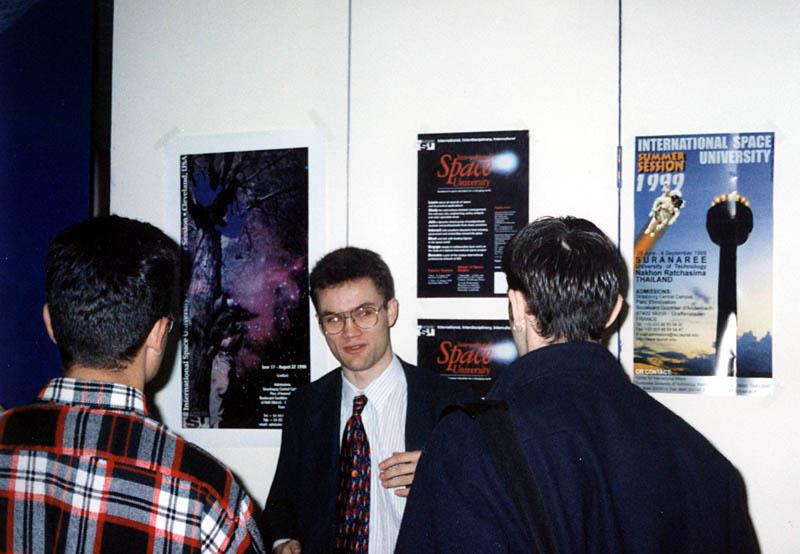 UKSEDS then began in 1988, when several students who had attended the ISU made the decision to set up the organisation in this country. A founding conference was held in March 1989 at London’s Science Museum, with a full conference at Cambridge University in November of that year. 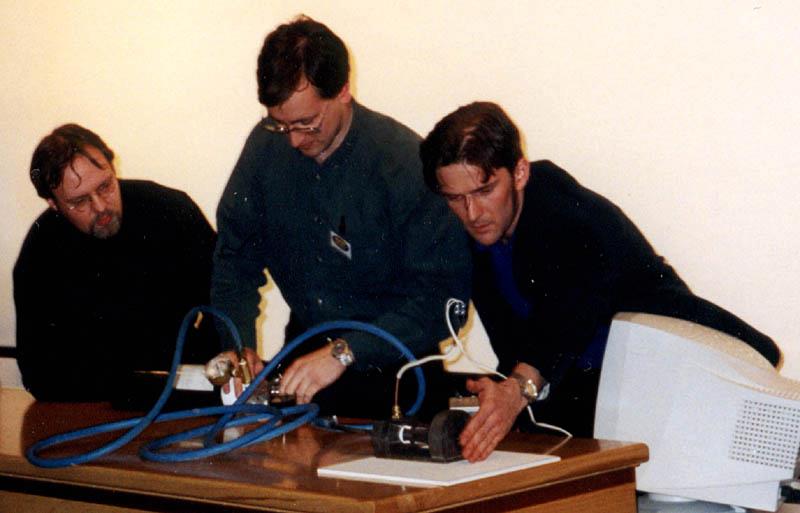 At the 1990 UKSEDS conference in Bristol, the UKSEDS membership voted to affiliate UKSEDS with the Space Education Trust (SET), who worked to raise funds to send UK students to the ISU Summer Session Programme each year, and to promote the subject of space throughout the UK. The Society also began attracting new generations of members from Space School, which had started in 1989. UKSEDS has also held a number of exchanges with the Russian ‘Soyuz’ organisation, which have seen UKSEDS members travel to Russian space facilities in Moscow, Samara and elsewhere.

Over the last 25 years, UKSEDS has undertaken a number of technical space projects including: 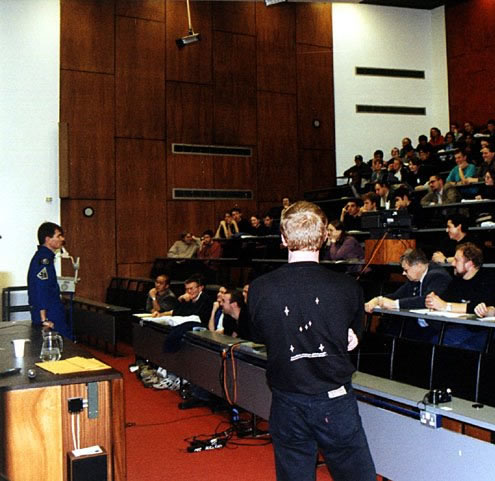 UKSEDS has also previously conducted feasibility studies on Solar Sails, GAS (Get Away Special) Can payloads for the Space Shuttle, microsatellites, and a Von Neumann Probe.

In the early 1990s, UKSEDS also attempted an educational microsatellite. “Espy was a small aerostabilised microsatellite intended for LEO launch and a short life, with the objective of engaging as many educational organisations (schools particularly) with the project as possible.  It was to make a few basic readings and transmit them via a Yagi antenna built into the aerostabilising cone.” — Guy Gratton, Chair of Southampton SEDS 1991/92, now Head, Facility for Airborne Atmospheric Measurements, Cranfield.

Unfortunately by 1993, it seemed UKSEDS was struggling to continue. Dr Chris Welch told me: “In the post ‘Project Juno’ glow, I think, the conference was being held at Brunel University. I had gone over there to lecture and was trying to run away in the afternoon as it was my birthday party that evening. As I was leaving, Dev Mohindra told me that they were going to have a committee election but that no-one would stand as chair, and that if the post was unfilled, UKSEDS would have to fold.” Chris stepped in and became Chair in 1993/94, then again in 1994/95. Likewise there was a struggle in the late nineties where Mark Bentley stepped in during 1999/2000 as Chair. 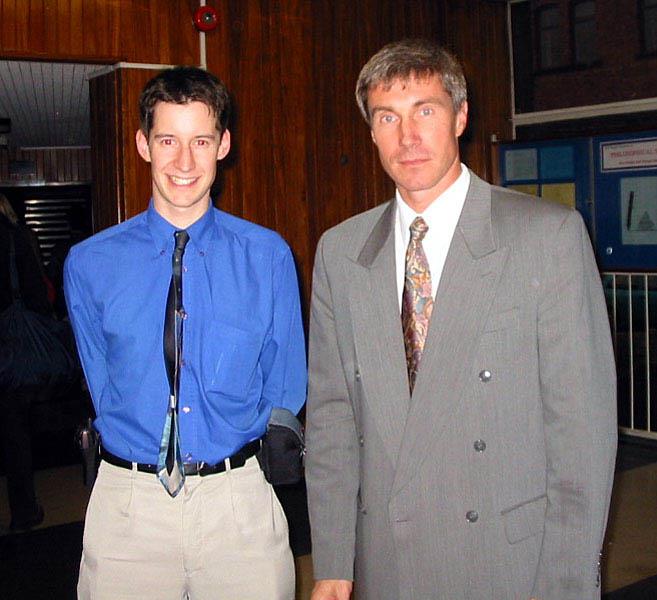 “This was the key moment when Chris stepped in as Chair and saved us! This helped the transition to the ‘internet-lubricated’ era. Before that, a lot of effort was expended dealing with printed newsletters and communication by post and telephone.” – Dr Andrew Ball, UKSEDS Secretary, 1994-1996, now working on Mars exploration for the European Space Agency in the Netherlands. “Don’t underestimate the input Chris Welch and Mark Bentley had. Those two were absolutely critical in the survival of UKSEDS. And we owe the continued existence of UKSEDS to Chris and Mark.” — Richard Osborne, BIS Council Member, UKSEDS Project Officer 1995/96.

Recently the UKSEDS membership, along with the BIS Council, passed a Memorandum of Understanding (Spaceflight, January 2013). This has been something that had been previously talked about as early as 2007 with Victoria Lowe (née Reid) and Alison Gibbings as Chair and Vice-Chair, respectively. It has long been understood, although not formally made so, that we share some common goals; namely that BIS could benefit from UKSEDS young and aspiring members and that UKSEDS could benefit from the experience of BIS Fellows (many of whom are UKSEDS alumni).

“Is it already 25 years since UKSEDS was set up? It doesn’t seem like that long ago although admittedly a lot of things have taken place in the meantime.” — Jason Hatton, Vice Chair UKSEDS (Founding) Committee 1988-89, now the Biology and Environmental Monitoring Science Coordinator in the ISS Utilisation and Astronaut Support Department, as well as Directorate of Human Spaceflight and Operations at the European Space Agency ESTEC (HSO-USB).